Those surreal designs by Schiaparelli

The Italian-born French couturier Elsa Schiaparelli is best known for the iconoclastic bravado and unrestrained, at times brazen, originality of her work. While her contemporaries Gabrielle Chanel and Madeleine Vionnet set the period’s standards of taste and beauty in fashion design, Schiaparelli flouted convention in the pursuit of a more idiosyncratic style. As much an artist as a dress designer, she commandeered the talents of a host of prominent artisans and artists, most notably those associated with the Surrealist movement. Distilling their disquieting dream-based imagery and provocative concepts through her own creative process, she incorporated themes inspired by contemporaneous events, erotic fantasy, traditional and avant-garde art, and her own psyche into her designs. A repertoire of inventive devices—experimental fabrics with pronounced textures, bold prints with unorthodox imagery and colors, opulent embroideries, outsized and exposed zippers, and distinctive buttons and ornaments ranging from the whimsical to the bizarre—was her medium of creative expression. Born in Rome in her family’s apartment in the Palazzo Corsini, Schiaparelli, by her own account, was a difficult child who chafed against societal and parental controls. Even at an early age, the need for personal freedom, which she later expressed in her designs, was her first priority. She was prone to mischievous pranks that often had adult consequences. As recounted in her autobiography, she was once miffed that she could not attend her parent’s dinner party, and retaliated by opening a jar of fleas under the dinner table, which set off an itching episode among the hapless guests before they fled the scene.

Eager to avoid paternal pressure to marry a Russian aristocrat, Elsa took advantage of a child care opportunity in London in 1913, leaving Rome behind for good. The following year, she impulsively married a Polish-Swiss lecturer on spiritual mysticism within days of their meeting. Following two years in Nice together, the couple moved to the U.S., where Elsa would remain for the next six years. After giving birth to her only daughter in 1920, she separated from her husband and worked at various odd jobs to support herself until relocating to Paris in 1922.

On her 1916 voyage to America, a chance meeting with Gabrielle Picabia, wife of Dadaist painter Francis Picabia, developed into a strong friendship that would eventually lead to Schiaparelli’s involvement with proponents of the Surrealist movement in art and, later, to an acquaintance with revolutionary fashion designer Paul Poiret around 1924. Dabbling at the time in writing and gold sculpting, she was also making clothes for herself and her two close friends. Poiret noted her sartorial flair and was the first to encourage her to pursue dressmaking as a suitable outlet for her artistic leanings.

Early Career, 1927–41
After several years of designing and selling her pieces freelance, she opened a small atelier in 1927 in the rue de l’Université and captured the worlds of European and American fashion with her first collections featuring hand-knit sweaters. Her initial designs were geometric, but in November of that year, she introduced a black and white trompe l’oeil design patterned with a square collar and red bowknot that caught the fancy of an American buyer and launched her career. Over the next several years, her offerings evolved from sweaters and sporting wear to a full line of clothing. By 1932, she already had 400 employees producing 7,000 to 8,000 garments per year from expanded quarters at 4 rue de la Paix. These early designs, while more conservative than her later work, incorporated her quirky and imaginative aesthetic. The clothes and accessories that she created from the mid-1930s to 1940, when she was collaborating with the Surrealist artists Jean Cocteau, Salvador Dalí, and Leonor Fini and enjoying continued inspiration from her long-term association with photographer Man Ray, represent the apotheosis of her creativity.

Further emphasizing the Surrealistic theatricality of the clothes from this period, Schiaparelli organized some of them into thematic collections—”Stop Look and Listen” in 1935, As a result of having lived for an extended period in America, Schiaparelli was particularly attuned to the American fashion industry and the upper-middle-class American woman’s stylistic and utilitarian preferences. This connection served her well financially. While only a few of her clients would wear her most outrageous designs, she could clothe slightly less adventuresome sorts through her many commercial arrangements with American department stores and specialty shops. Before World War II, as the New York Sun reported in 1940, the output from her workshops at 21 Place Vendôme, where she had relocated in 1935, had grown to 10,000 garments per year. Later Career, 1941–54
Prompted by security and business uncertainties precipitated by the war, Schiaparelli left Paris in 1941 and moved to New York, where, rather than designing, she involved herself with war-related volunteer activities, including providing service as a nurse’s aide at Bellevue Hospital. Her design house remained open, but collections were prepared by associates. After four years, at the end of the Occupation, she returned to Paris and resumed her career. While her return was hailed by the press, and she further expanded her American markets with licensing agreements and a New York manufacturing location, her influence was eclipsed by the emergence of a new generation of couturiers, most notably  Christian Dior and Cristobal Balenciaga.

In 1947, Dior, like Schiaparelli twenty years earlier, captivated America and Europe with what became known as the New Look that, too, had shock value but of a different, ultimately more conventional, sort.

In 1954, the House of Schiaparelli declared bankruptcy and its founder retired, spending most of her time in Tunisia, where she had built a home. She died in Paris at the age of eighty-three. Clothes in the Brooklyn Museum Costume Collection at The Metropolitan Museum of Art
Because of their compelling visual and artistic qualities and relative scarcity, Schiaparelli designs are highly prized. The Brooklyn Museum’s extensive Schiaparelli holdings, now part of The  Costume Institut’s collection were formed primarily through the patronage of mid-twentieth-century arbiter of style, philanthropist, and artisan Millicent Rogers and her heirs. Rogers, who was the granddaughter of Henry Huttleston Rogers, founder, along with William and John D. Rockefeller, of Standard Oil, had the means to buy fine couture clothing and the confidence and panache to wear even the most extreme designs.

Some of the most iconic Rogers examples include an evening dress embroidered in metallic threads forming a tune in musical notes accessorized by a belt with a music box in the buckle from her 1939 “Music” collection.  A clear plastic (Rhodoid) necklace crawling with colored-metal insects, part of her 1938 “Pagan” collection.  A brown tweed pantsuit with architectural jacket and cuffed pants from 1939 and a day coat with bullet casings for buttons from the early 1930s, an audacious early expression of Schiaparelli’s outré stylistic vision

Fine pieces from other donors include a rare resort ensemble from 1932 comprising two silk half-dresses that wrap to make a whole , an evening gown from summer 1937 printed with butterflies, the Surrealist symbol for metamorphosis and death and a stunning blue velvet jacket embroidered with cosmic imagery including the signs of the zodiac and the Great Bear constellation, also known as the Big Dipper, her personal talisman These rare works join others in The Costume Institute, which include a version of the high-heeled shoe hat Schiaparelli created in collaboration with Salvador Dalí for her winter 1937–38 collection. A patchwork harlequin coat from her spring 1939.

Legacy
Among her many contributions to the development of twentieth-century fashion, Schiaparelli’s fearless challenge to the status quo, incorporation of wit and humor into fashion designing, and melding of art with dressmaking rank among the highest. Her work has not only broadly influenced the fashion world but also noted individual designers, including Charles James, Geoffrey Beene, and Yves Saint Laurent.

Jan Reeder
The Costume Institute, The Metropolitan Museum of Art

The article is taken from http://www.metmuseum.org 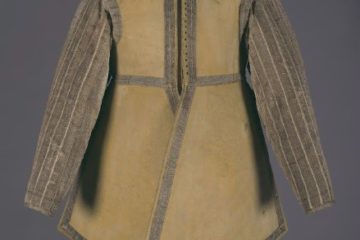 European fashion through the centuries

Socultures, fashion is categorized as constantly changing styles of dress that are mass produced and mass consumed by the society and change in dress has become trendy. We didn’t have Instagram or ASOS or an H&M you Read more… 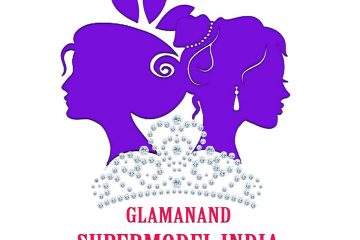 And the winner is…Glamanand Supermodel India 2018

Glamanand Supermodel India 2018 where the future divas are born and the universe is gifted with iconic role models, all beauties with brains! The glamorous event declares in a much awaited and gala show – the Read more…

The quotes not about motivation and spirituality, but about men’s fashion I SoCultures

Men’s Fashion:  Style ‘Quote’- Amidst the explosion of information everywhere, quotes about fashion and that too about men’s fashion are really cool. It’s cool to incorporate traditional, conventional or universal knowledge in the style … Lets take a look at Read more…